Nobody else has tenure. Why should teachers get it?

So what if you could be fired for any reason? That's how employment works for every one else. Most people are "at will employees."

You've heard these arguments (and if you haven't, gird your loins and go strolling through the trolling in the comments section of any article about Vergara and/or tenure). And I believe it's a sincere, honest objection for some folks. So, for those folks, let me try another approach to explaining tenure, and why teaching is different from working in the private sector.

In the private sector, employees serve the interests of the company. "Are you doing a good job," has a clear definition-- "Are you helping the company become better and more profitable?"

This provides everybody with a straightforward measure for job performance. From Vice-Presdent of Widget Development down to Welder on Widget Assembly Line, everyone knows what interests they are supposed to serve. That's not always an easy call-- competition between different segments of the company, different visions of what the company needs to succeed, and setting priorities can all create some real dissension and disconnect between the various silos within the corporate structure.

But even those various issues will be solved by that same metric-- does it serve the company's interests?

That single focus on one set of interests- the company's-- provides its own sort of hedge against bad management choices and capricious firings. If I start firing everyone in my department because I don't like the way they do their hair, and I start firing people who could really serve the company's interests, I am going to have to answer to my own boss.

But while a private corporation has a relatively simple focus on its own interests, a public school is quite another matter.

A public school teacher exists at a place where hundreds of different interests intersect. It is one of the reasons that we don't have a good answer for what "Are you doing a good job" means for a teacher.

An elementary teacher may have, say twenty five students in the room. Each of them has their own interests to be served, plus the interests of their parents (which may not match, either). Chris may want his child taught to be a killer mathematician with strict focus on academics, while Pat might want her child to be nurtured and made to feel happy and whole. But the elementary teacher also has to serve the interests of the building administration and the district administration and whatever other supervisors she may have. And on top of that she must serve the interests of the state and federal government, who have imposed their own set of expectations. Let's also throw in the school board members, who bring their own many and varied interests to the table.

If our hypothetical teacher takes on other duties, she now serves more sets of interests. Does she coach? Every player and parent bring their own set of interests to the game. Is she a union rep? There are more interests to be served. And on top of all of these, the one interest a teacher is never supposed to serve is her own. "Enlightened self-interest" is a virtue in business, but nobody touts it for teachers.

A private employee serves one master-- the company.

A public school teacher serves several hundred masters. And on any given day, many of those masters will fight for ascendency. A teacher cannot serve all of those interests, and yet that is the teacher's mandate. Tenure is meant to shield the teacher from the political fallout of these battles, to give the teacher the freedom to balance all these interests as she sees best.

Yes, of course, private corporations are rife with internal struggles and employees who have to decide which corporate masters to serve. But at the end of the day, these conflicts are all reserved the same way-- what best serves the interests of the company.

Reformers have tried to make education that simple. "Okay, here it is," they proclaimed proudly, Gordian knot-cutters in hand. "The purpose of schools is to get good test scores. You are doing a good job when students get good scores on The Big Standardized Test! See? Simple!!" And that would make things simple-- if anyone believed for ten minutes that generating good test scores really was the main interest of a school.

Nobody does, so we're right back where we're started, with a teacher who has a mandate to serve a thousand masters, any one of whom may get angry that some other master was served first and so, let's fire that terrible teacher! Private employees stand and face the same master-- the good of the company-- and while there is certainly jockeying for position and jostling and not a small amount of kicking and gouging, in the end, they all still face the good of the company. But teachers stand in the middle of a circle of masters, always turning their back to one of them. Without tenure, the master they've turned their back on has the power to jump forward and lop off their heads.

Teachers often frame the need for tenure as the need for protection from one bad boss. But in truth as public employees we have thousands of bosses; all it takes is just one out of a thousand to be bad for our career to be in danger. That's why we need tenure.

[Edit- It's becoming obvious that we need to rethink the use of the word tenure, which many people associate with "job for life" when what we mean is "guarantee of due process." I'm not going to rewrite this piece at this point, but you should feel free to make the mental substitution.] 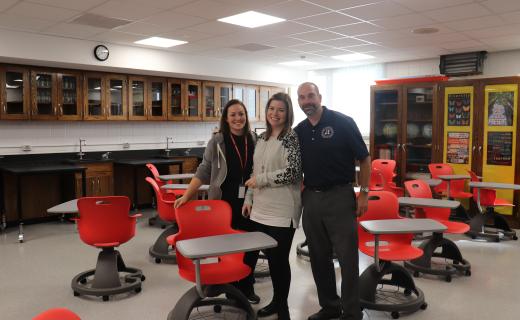 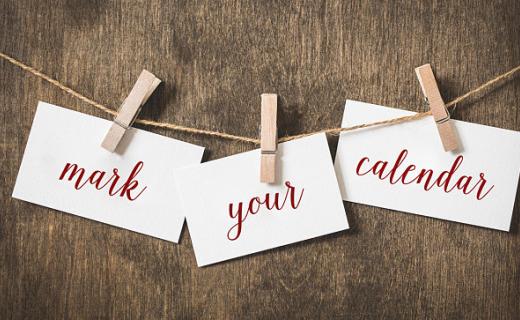 For The STAnd United Newsletter and Text Messaging
Sign-up Now!